New ways to innovate how people do fitness: the training becomes high-tech thanks to the Computer Vision.

The fitness sector has experienced a strong growth in recent years with a good portion of the population who would never give up their weekly training sessions. The development of this market has been accompanied by an increase of the services offered by gyms and sport associations, with systems to plan and manage increasingly tech sport activities built around users.

The boom in wearable devices has certainly boosted training plans, or in any case physical activity, conceived around the needs of each person and favoring their follow-up by trainers and coaches.

The combination of fitness and technology was already a phenomenon being consolidated which, due to Covid-19, has undergone further growth. In fact, many gyms and associations have promoted online courses, in live streaming or through video recordings, supported by tools typically used for videoconferencing.

But is it possible to monitor from remote the correct executions of the exercises? In which way and how precisely? And above all, are people willing to be guided by a software?

The industry proves to be growing and embracing new technologies, but how can we find new ways to innovate the way people do physical activity? We asked ourselves some questions relating to those who are arbiters of the success or otherwise of a product innovation: the final users.

Reliable answers had to be found in order to start designing a really useful and accepted technological solution.

In parallel, we conducted a market research aon the solutions currently in use, highlighting their strengths and weaknesses.

During the lockdown, Youtube, DownDog, Nike Training, Fitplan, Keep, Adidas Training Runtastic, Freeletics, Fixfit and Instagram became the reference platforms for training at home. In particular, Cyberobics has undergone a considerable increase in users during the lockdown.

In January 2020, Cyberobics was little known, but in the 2-3 months of lockdown it became one among the ten most downloaded fitness apps in the world. It has been downloaded by 2 million people in the world and used daily by 300.000 people.

This phenomenon convinced us that the market niche is large enough to carry out experiments and that any technological solution should be multi-platform, i.e. it should integrate with all the tools listed above.

The prototype arrives to validate our hypotheses

We designed and built a prototype that allowed personal trainers to give feedback to the user while performing their favorite workouts: the positive ones on the left (to reward the correct execution) and the corrective ones on the right (to indicate the part of the body to be corrected). Both are accompanied by a sound to catch the user’s attention. 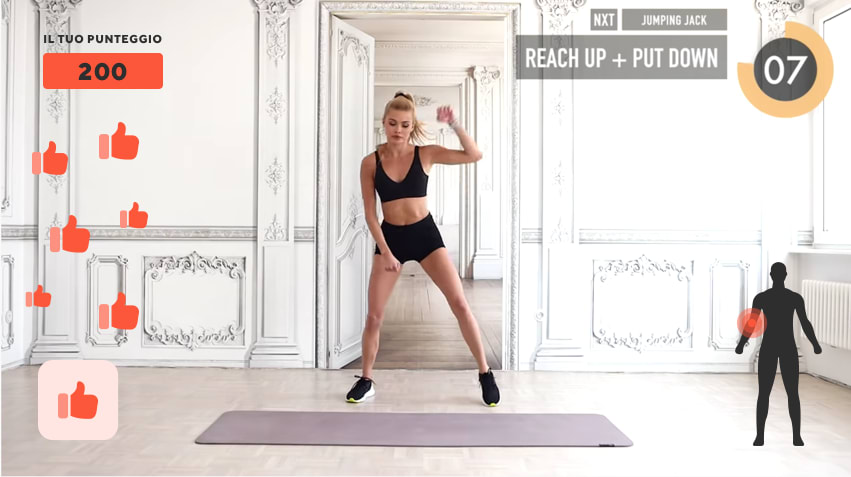 The first tests highlighted the appreciation of the gamification dynamics, therefore added at the top left. These dynamics have proven to be anything but marginal: to date, there isn’t a solution that detects and quantifies the improvements in the user’s motor skills in performing certain exercises during the execution of specific exercises.

The planning is done in 5

To design the most suitable digital tool to meet users’ needs, we once again used the principles of Design Thinking. The team carried out a series of activities:

The team had 8 minutes to find answers and then possible solutions for each HMW. The answers were presented verbally by each team member; then the 4 most suitable solutions (one for each HMW) went to a vote. 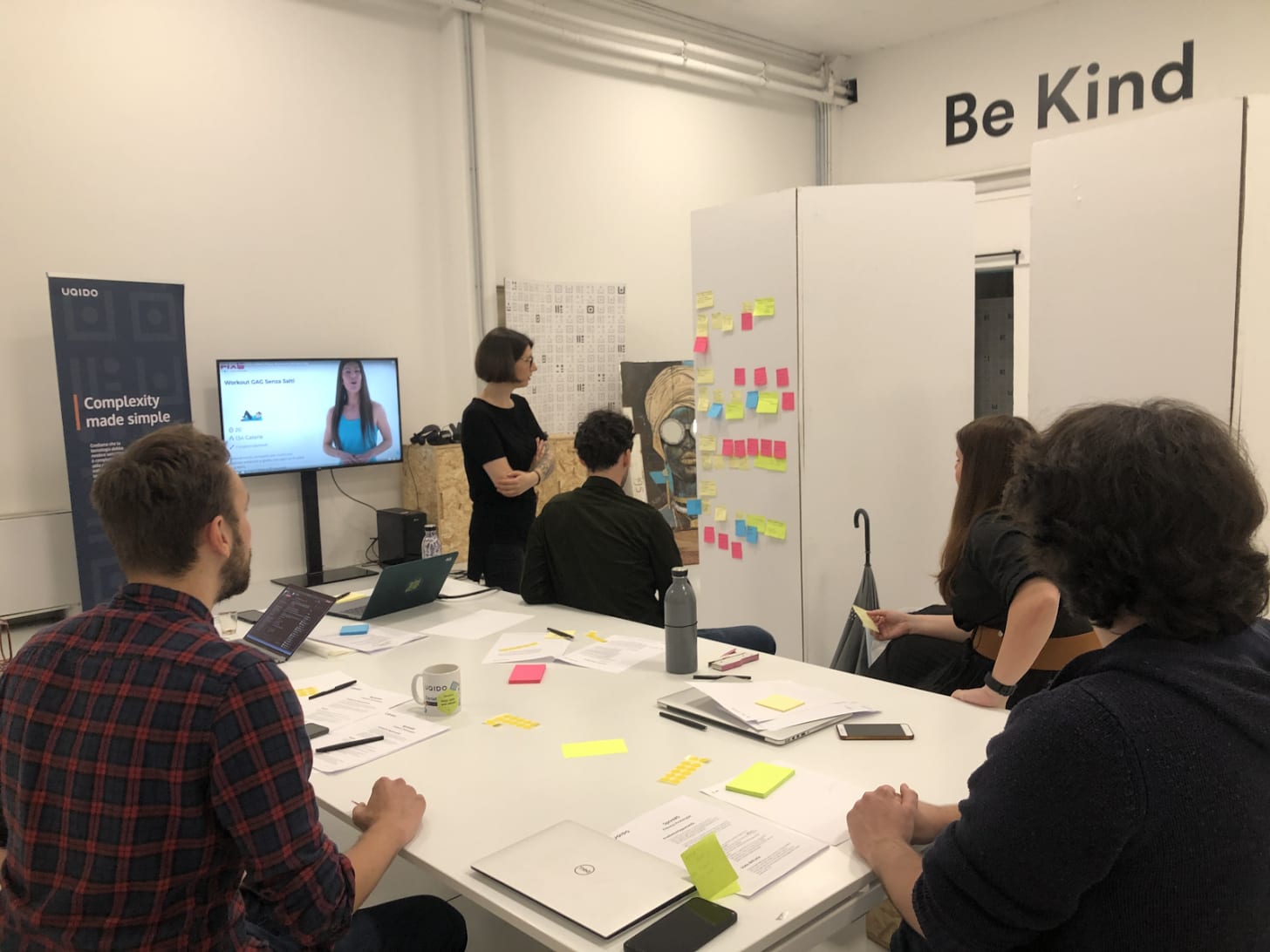 The process described above allowed us to create a series of prototypes with which we quickly presented ourselves on the market to collect a feedback.

The results of the test sessions were organized in a summary sheet, which was fundamental for defining user experience based on the analysis of their needs.

The types of feedback that best responded to users’ needs were then identified:

With all these elements, the Design team defined the User Interface (UI) that best met the needs of consumers.

From design to technological infrastructure: the choices of the developers

To get a working result in a short time that would allow us to implement the UI proposed by the design team, our developers have decided to develop a simple WebGL application using Unity.

The tool we imagined in our minds looked a lot like a video conference, so we started from this The choice fell on platforms such as Google Meet and Zoom, with a screen shared with the WebGL application. This would enable the user to view the virtual trainer, while an operator or personal trainer receives the feed from his webcam. In addition, Google Meet is cross-platform and, by sharing a Chrome tab, we were able to avoid any technical problems.

The first step has been to show the training film on a full screen, showing icons when the personal trainer deemed it necessary.

The personal trainer would give his feedback from the keyboard, so that the screen was left free. In this step two audio effects were selected, related to positive and negative feedback.

The next step, we had to insert a control that was more user friendly for the personal trainer. To do this we applied some multiplayer techniques to the Unity build:

With this prototype, after setting up a call on Google Meet with the user, it was possible to launch the WebGL build and the Local build, share the screen of the first one and, as soon as the user is connected, start the session. 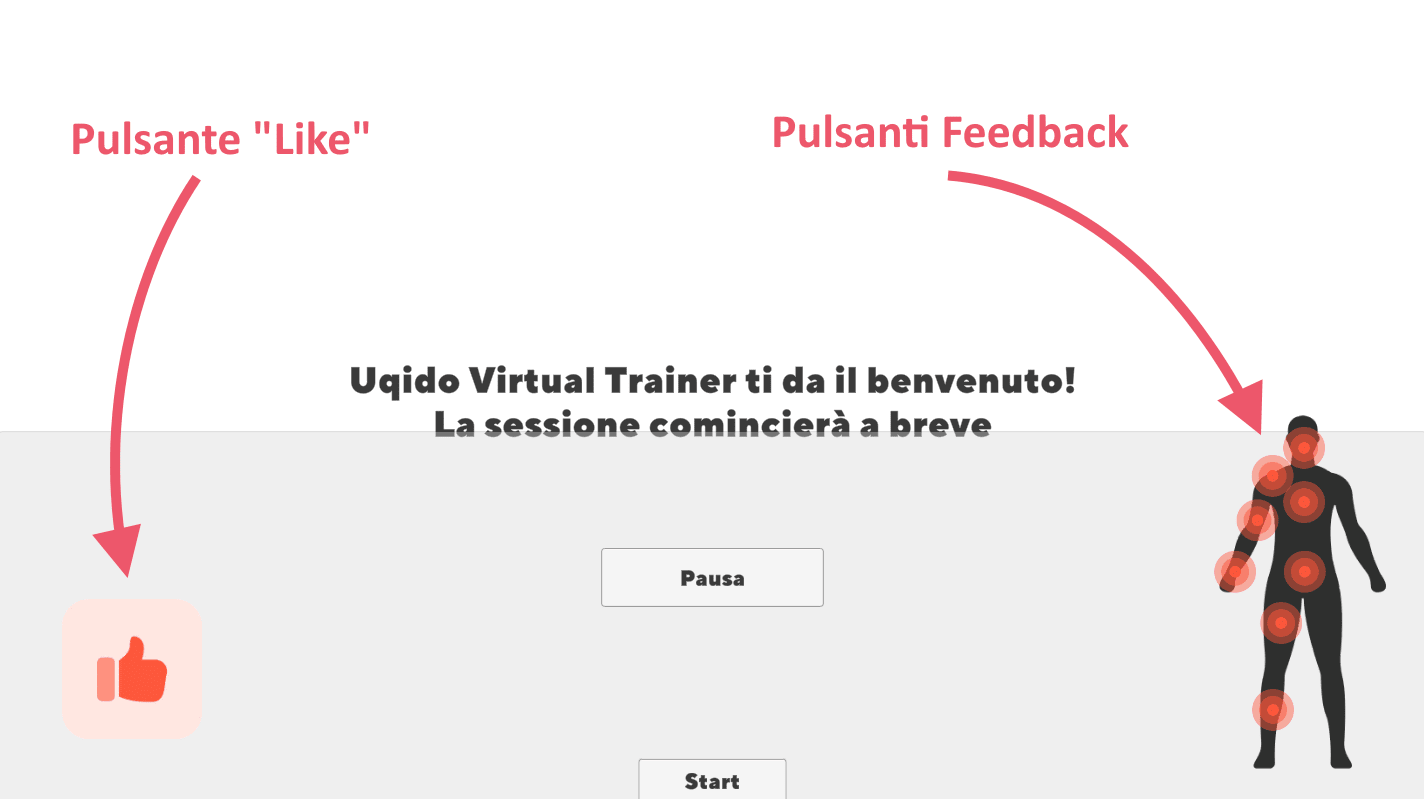 The third phase of construction of a prototype that would be near to a finished product consisted in abandoning Google Meet or Zoom and to create a landing page where the user could see the WebGL build screen.

Therefore, the goal was to upload the WebGL build to a web page, which can behave differently depending on who is using it. The trainer version would act as the actual server, managing all events such as the video start and feedback, while the user’s version would be the client, receiving only the signals needed to reproduce locally what the trainer sees from the server.

A development with more phases with incremental — had led us even more near to a product ready to be launched on the market.

There were only some aspects to solve, related to the frameworks used. In fact, the amount of data sent during the workout session was high and WebGL and Unity’s High-Level Multiplayer API impose limits on the amount of data you can send and receive. Another challenge for our developers!

What did we learn? Between market validation and business opportunities

Through the typical techniques of Growth Hacking we conducted a research on the needs of our target audience and the discoveries we made proved to be really interesting. The future development of this digital product is based on this knowledge base.

In Italy, during the lockdown, 28% of gyms started offering online courses on different platforms and this new activity generated an increase in the number of costumers up to 91% compared to those acquired in the first phase of the emergency, when many structures where still open. Only in the first month of the emergency, the digital offer of individual or group workout sessions doubled (+101%). These numbers give us the measure of a change taking place, it’s up to us to find ourselves ready.

Business is evolving at rates never seen before and companies are exploring new technologies to cope with change, as in the case of Tecnolaser and SiPrenota. 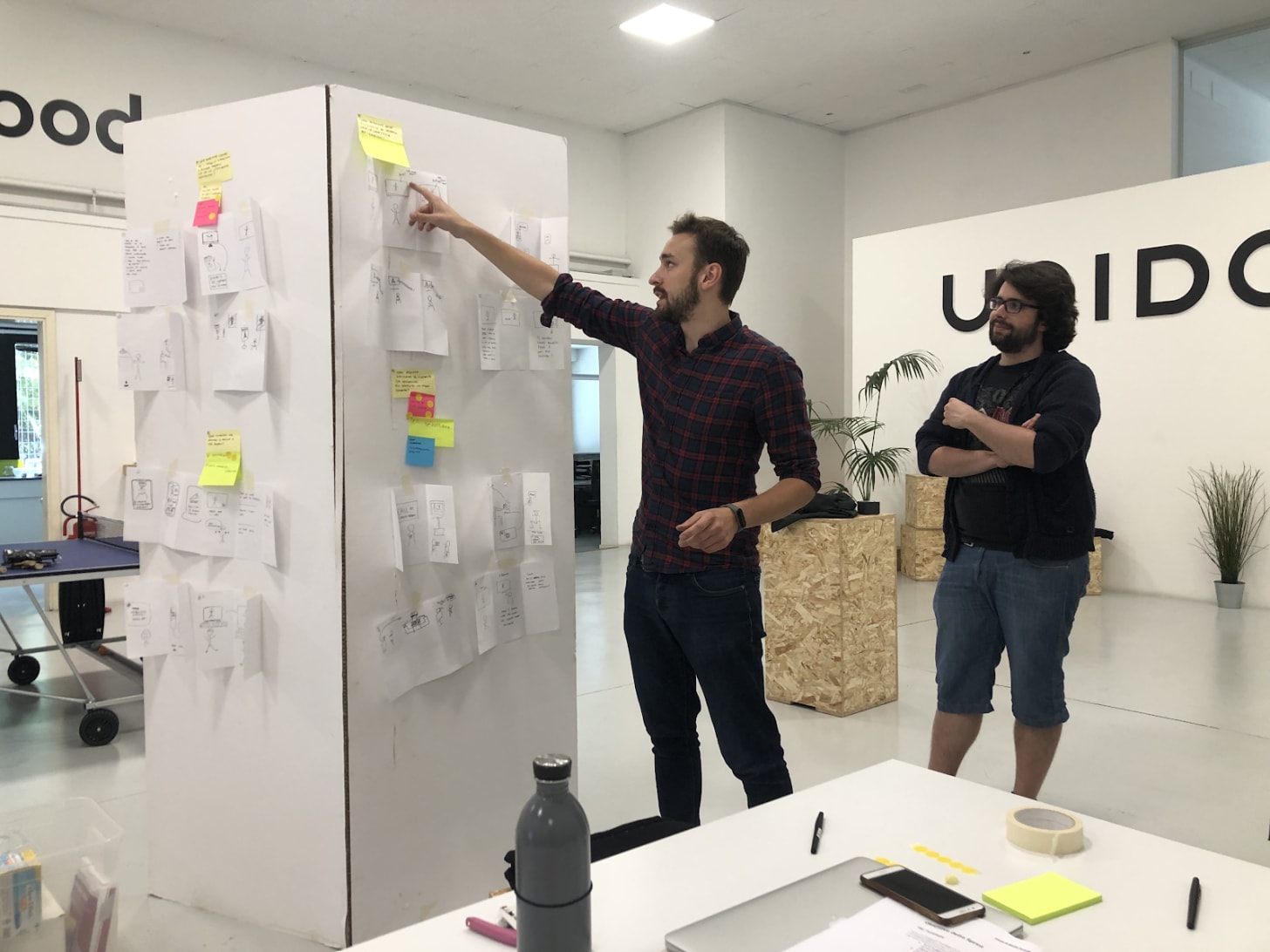 Are you interested in these projects’ insights? We share them with the subscribers to our Exploratorium, find out more about this experimental lab clicking here 👉 https://exploratorium.uqido.com/

Exploratorium is Uqido’s laboratory where every week we project, develop and launch on the market a new digital product.

Made of developers, designers and marketing strategists coming from places like IDEO, YCombinator, Sony and M31, our MVP Lab creates and launch every week a new prototype and, with techniques of Growth Hacking, Lean methodologies and Design Sprint, it collects the feedbacks of the market.